What Do You Say to a Shadow?
By Michael Allen Zell 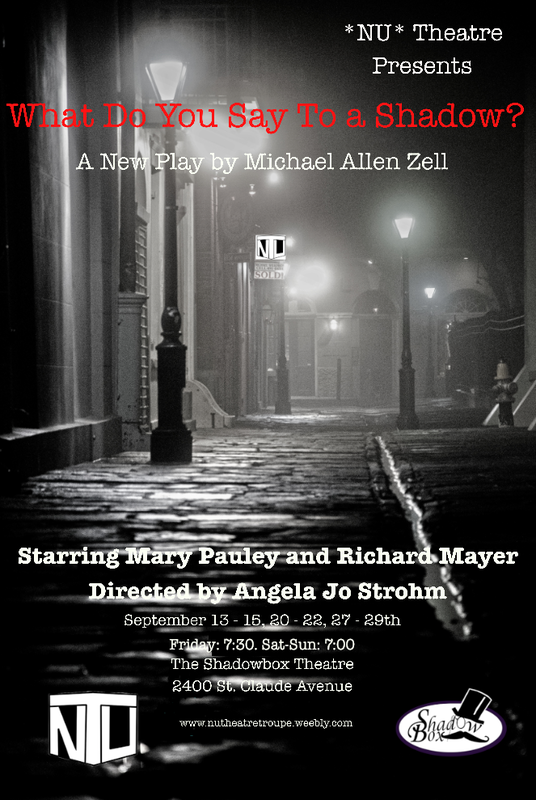 *NU* is proud to present its first original work, What Do You Say To A Shadow?, an original one act by local author Michael Allen Zell. When a seemingly normal old lady walks into a bookstore, the bookkeeper dismisses her as just a regular old book sniffer. But as she tells her story, he finds that there’s a little more to this little old lady then meets the eye.

“Delightfully atmospheric “What Do You Say To a Shadow" . .marks the emergence of an exciting new voice in theatre.”

"In one of the most remarkable performances of the year, Mary Pauleygrips the audience tightly in her hand as the old woman spinning her stories. She handles Zell’s language with a natural appeal. . . Pauley charms the audience as surely as she does the bookseller. She is pushy and vulnerable, calculating and sweet.”

“ . . .with a wonderfully understated performance, Richard Mayer’s talent shines, particularly because he creates such a complete character without having a lot of lines to help him along.”

"Director Angela Jo Strohm gives the actors room to weave their magic within the confines of the simple bookstore set, creating enough action as Pauley’s character roams about but never drawing the attention away from the language.”