What Do You Say to a Shadow?

Mary Pauley is The Shadow 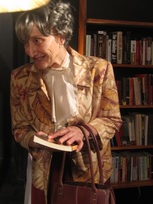 Earlier this summer, Mary enjoyed her role in Cripple Creek’s Clybourne Park at the Shadowbox.  In 2012, Mary performed in M. Butterfly, You Can’t Take It With You, The Shaker Chair; The Gnadiges Fraulein, Becky Shaw, and Plaza Suite.  She received both the Big Easy Award as Best Actress in a Drama for 2011 and the Marquee Award for Leading Actress in a Drama for her role in Edward Albee’s Three Tall Women.  Some other favorite projects in the New Orleans area include Happy Days, The Sicilian Bachelor, and Over the River and Through the Woods.  Mary has worked professionally in Dallas and New York, along with many years of award-winning community and collegiate theatre in Texas and Oklahoma, and was privileged to help build the New Cycle Theatre with Karen Malpede and Burl Hash in New York.  Mary feels honored to have the opportunity to give legs and breath to Michael Zell’s Shadow.  “Love to K., M., and I.”

Richard Mayer is The Bookseller 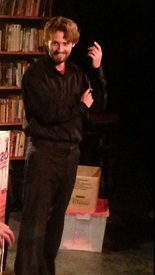 Richard Mayer is the owner of the Shadowbox Theatre. He has appeared as Matt in Red Light Winter, for which we won a Big Easy Award for Best Actor in a Drama. He also appears as Clifton Monroe in The Clifton Monroe Chronicles, as well as Jack in A Boy’s Life.

Angela Jo Strohm is a writer, director, producer, actor, improviser, and burlesque performer. She moved here from Chicago nearly 2 years ago in order to pursue all these passions in the city she is most passionate about. Within her first few months living here she met Michael Zell and has been working towards this production ever since. Directing this show, working with these amazing talents and dedicated cast, and bringing these wonderful characters to life has been one of her greatest joys. You can see Angela Jo performing with her improv troupe Dayjob at The New Movement Theater, in her upcoming burlesque personality's show Picolla Tushy Prestents: booze, broads, & bukowski here at The Shadowbox, or during Fringe Fest with The New Orleans Poetry Brothel. She has also worked behind the scenes and on camera with Least Favorite Love Songs and her short play, Biloxi, is being produced by Four Humors. 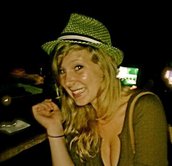 "A recent recipient of her diploma from the University of New Orleans, Samantha is a transplant from State College, Pennsylvania who finds herself behind the curtain as stage manager for the first time. When she isn't behind the scenes, Samantha can be found at her drawing table working on her next illustration or with a microphone in her hand singing her heart out. You may have seen her in cahoots with director Angela Jo Strohm before as "Princess Peach" in Boobs and Goombas: A Super Mario Burlesque, as a lounge singer at one of the New Orleans Poetry Brothel events, or in Picolla Tushy Presents: Booze, Broads and Bukowski.  Samantha is honored to be a part ofWhat Do You Say To A Shadow? and greatly admires everyone involved with this wonderful production." 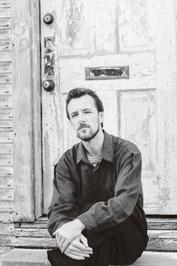 Michael Allen Zell has been published in Cerise Press, Disonare, Entrepot, Exquisite Corpse, Room 220, and Sleepingfish.  Errata, his first novel, was named a Times-Picayune Top 10 Book of 2012.  What Do You Say To A Shadow? is his first play.  The Oblivion Atlas, a collaborative book with Louviere + Vanessa, is due to be released in December.  Zell was a finalist for the 2011 Calvino Prize, finalist for the 2010 Faulkner-Wisdom Competition, and was nominated for the 2012 Best American Short Stories.  He has worked as a bookseller for over a decade, hosts the Black Widow Salon, and has lived in New Orleans since 2003.  michaelallenzell.com